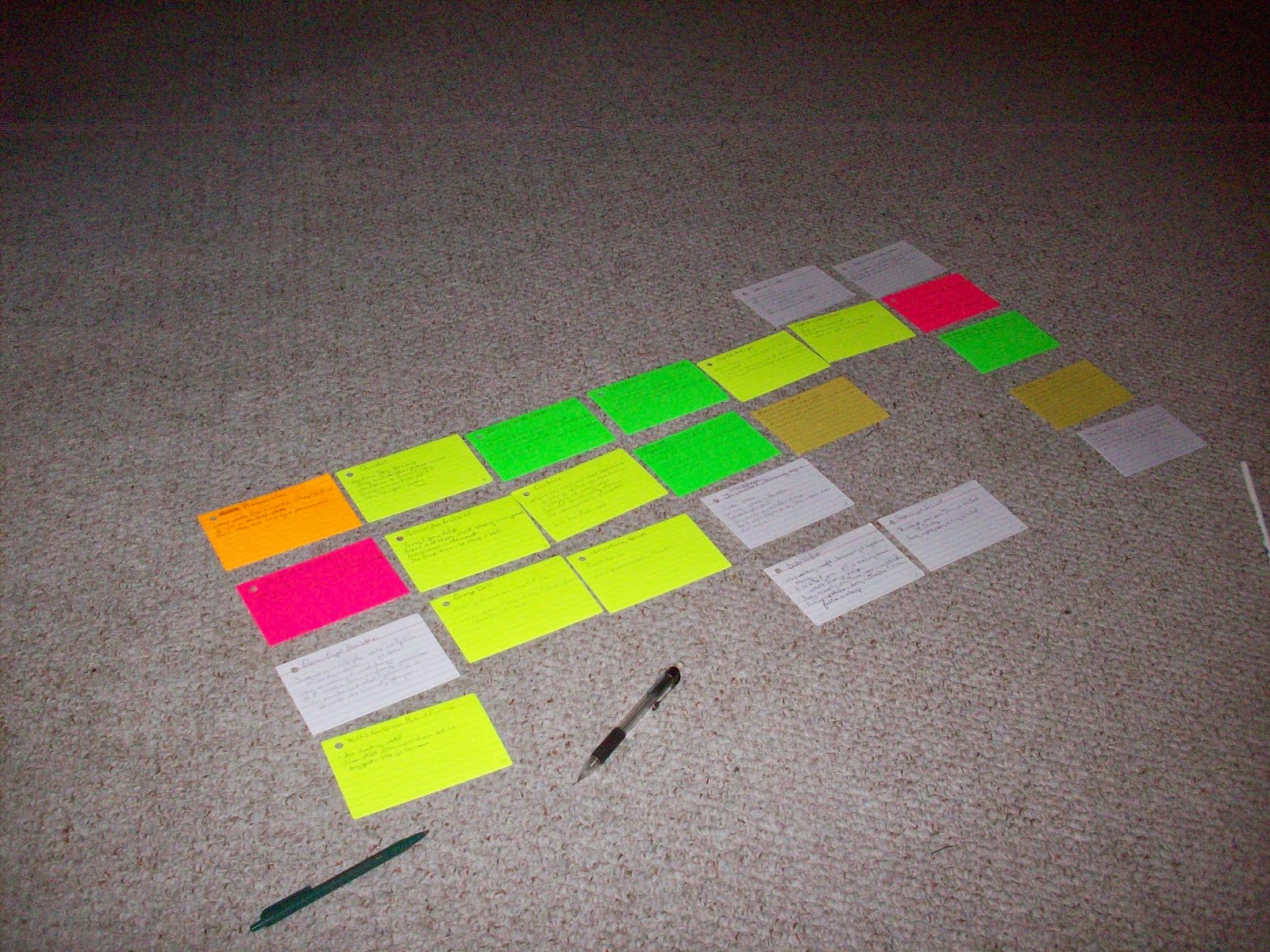 This writing project I started in June of '13 has gotten a bit unwieldy, a constant thought at the back of my mind, no matter what else I'm doing, whether I'm working or watching a video or just trying to relax. It started out as something to do during study-hall when I was a teenager and I added to it occasionally during college, even using a bit of it for a Comp. class assignment. (Which the professor liked and even asked my permission to use as a sample for other classes!) Even after, when my kids where young, I would get it out and add a thought here or there, not actually writing anything, just making notes. For what end, I never knew. Until something popped in my head one day at work and I dug it out again and started actually organizing it. And some little voice in the back of my head decided I ought to finish it, make it cohesive. You know, make myself crazy.

Okay, not sure where I'm going with this. I actually was just playing with my camera (having trouble with it) and I had my note cards spread out, so I think maybe I was going to post something about my crazy method of organizing my (not so little anymore) writing project, using colored cards to represent different characters. And how frustrated I get when things don't want to gel, and then there are those moments when they do. And somehow, these stupid colored index cards have become my life!
Posted by Sadie J at 1:52 PM 1 comment:

Children of the Corn

I'm sure it's the same for people who live in New York but not New York City. When traveling and someone overhears that I'm from Illinois, the common response is "oh, I've been to Chicago". My response is "so have I, a couple of times". It's a four-hour drive. I can probably get to Nashville, Tn quicker! (And yes, there are corn fields all around. I live in town and still have a field just across the street!)

Last of Morning Coffee (for awhile) 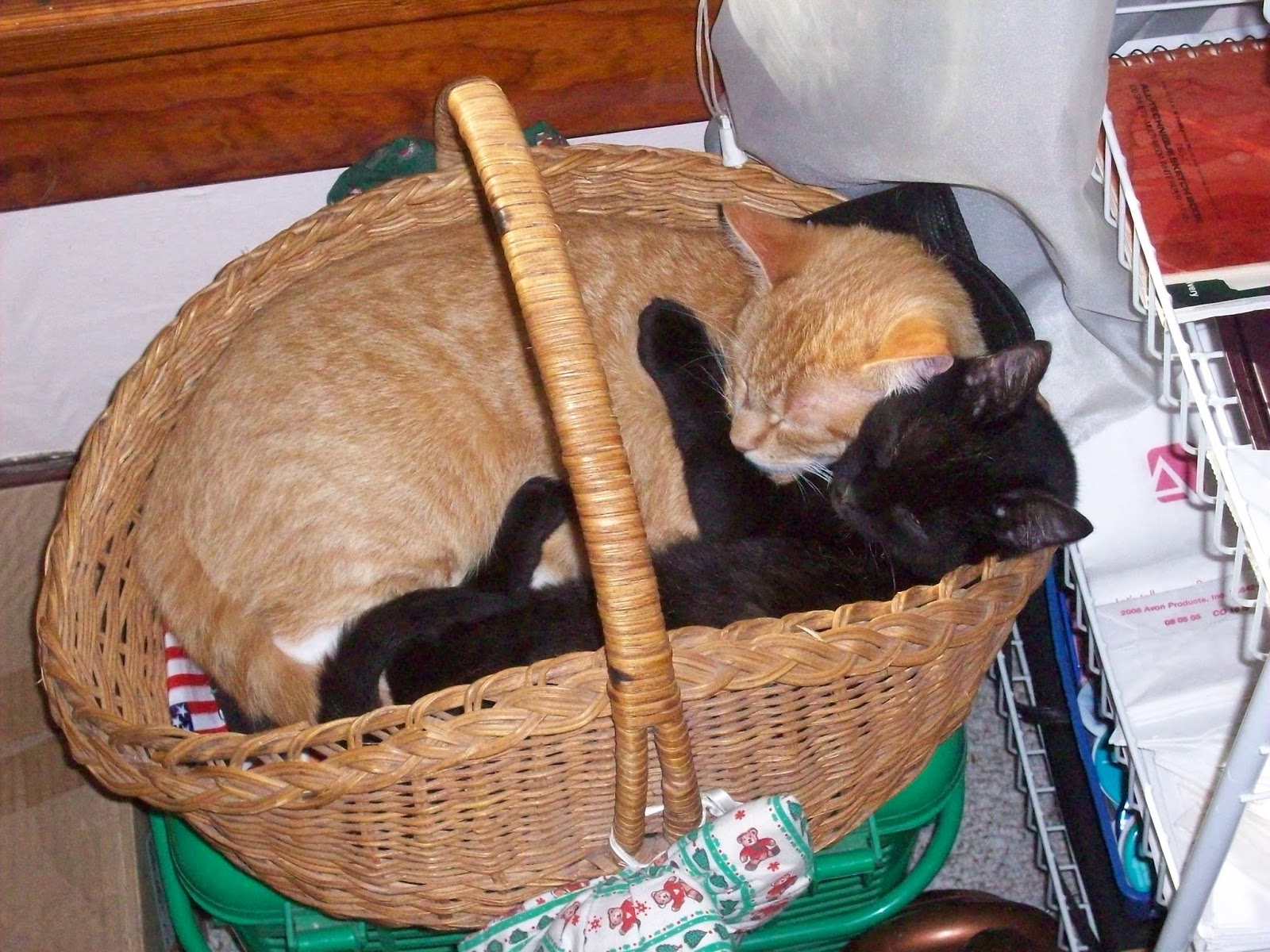 It's been a rough week at The House of Jones. We lost our Jinx. We adopted him 5 years ago (in October) so that young Roscoe would have a playmate. Immediately, he stole our hearts. Playful, strangely ungraceful, affectionate.

But as he got larger, he became a bit of a brute. Not intentionally-- he just got big and heavy and rough. 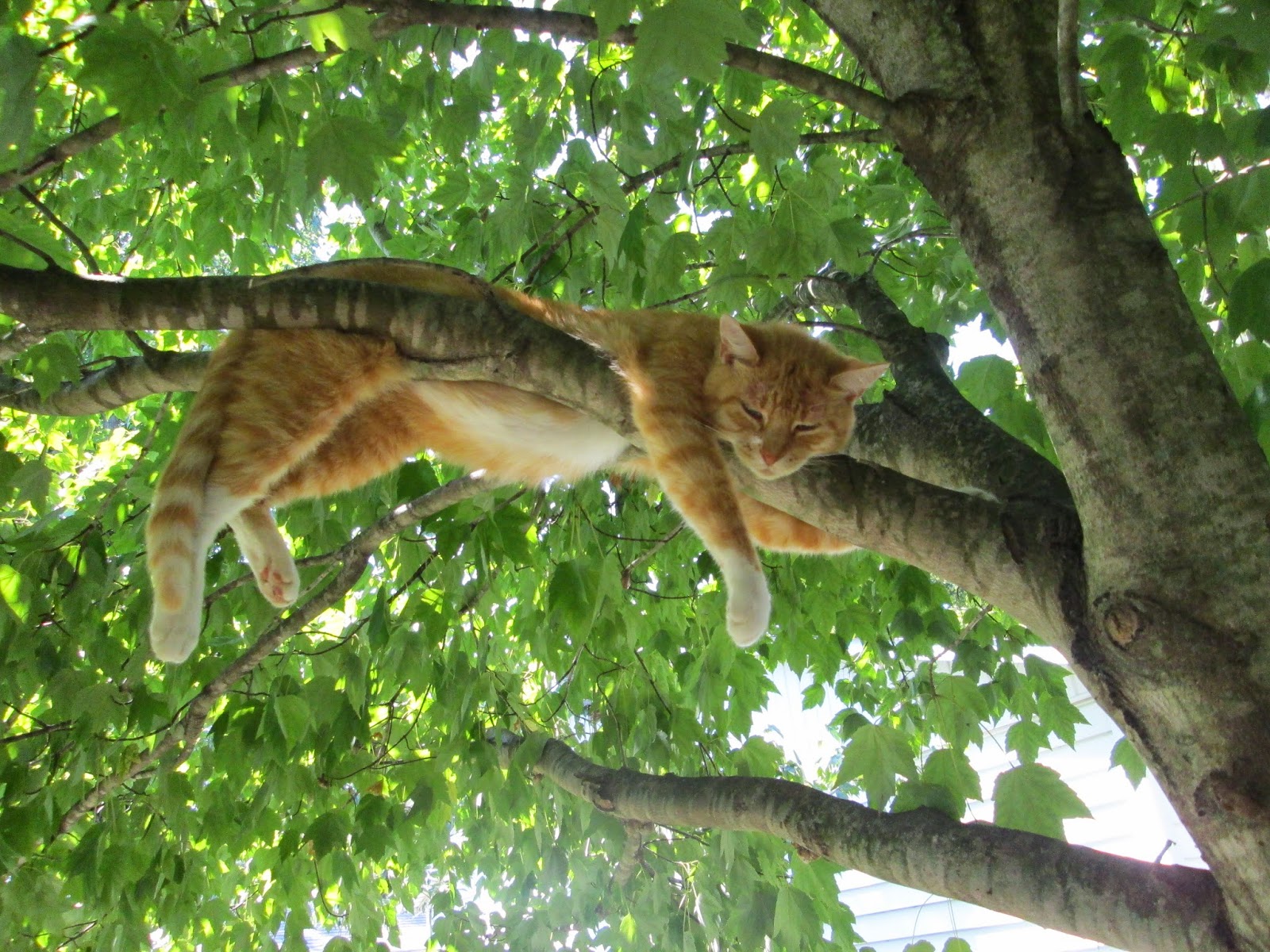 Roscoe became a loner, preferring to spend his time outside, sleeping and going walk-about. This summer he took a walk and didn't come back. We were sad, but not totally surprised.

But last week Jinx started acting a bit under the weather, off his feed and sleeping most of the day. 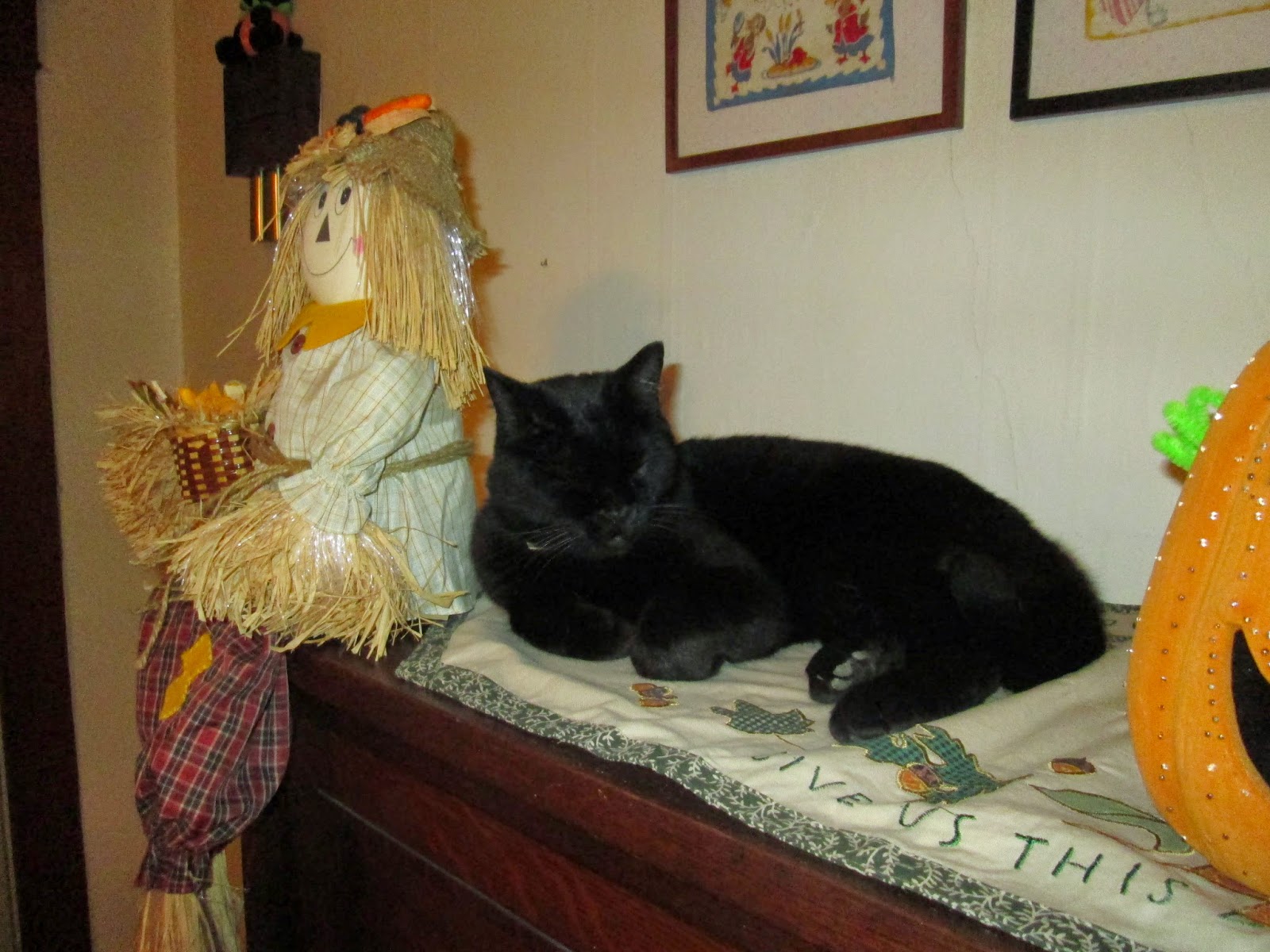 So, a trip to the vet, but  the news wasn't good. He was severely dehydrated and anemic--they think he had an auto-immune disease. They had him on IVs, giving him liquids and a few different drugs, but he slipped away in his sleep yesterday morning.

So now we find ourselves catless--for the first time in 27 years!
Posted by Sadie J at 11:48 AM 4 comments:

Ever Have One of Those Lives? 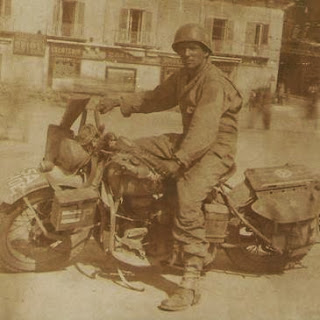 We have a strong Military history in my family. Three of my Mom's four brothers served in WWII while the fourth was in Korea. (The picture here is her oldest.) Dad was in the Army, my brother served in the Air Force for over 20 years, and I have a whole slew of cousins who have served-- we have been present in every war in the last 75 years and represented every branch multiple times! I guess we're lucky-- Dad lost two cousins in WWII but I think that is our only losses. So, my thanks to the people who served and my love to them all.

(And Happy Birthday to my lovely daughter-- who was due on Halloween but waited until Veteran's day so she could have the days off!)
Posted by Sadie J at 2:12 PM 2 comments: 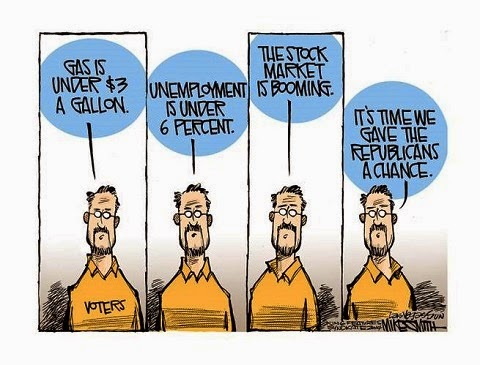 I'm "borrowing" this from Bob just so I can refer back to it in two years, just to see where we are. Because I forget the little details!
Posted by Sadie J at 5:56 PM 2 comments:

Happy November! No kids at my house, so no plastic pumpkin raids! I even hit Walmart and K-mart early this morning (looking for a white wig, but that's another story for another day) and passed the candy by. Self will at it's best! Okay, I did treat myself to one pumpkin-shaped Reese's peanut butter cup, but that was it. No 1/2 price bags followed me home. There is a little bug in my brain that wants to start Holiday baking, but I'm going to try and avoid that, too. Anyway, 1 holiday down, 3 to go!
Posted by Sadie J at 11:18 AM 1 comment: