I stayed home today. I've had a cold all week, but I've always been one of those people who think if I ignore it, it'll go away. It didn't. I got up this morning with every intention of going, but I don't feel any better today than I did yesterday, and yesterday I was miserable. Hence, I'm using one of my sick days. I always feel so guilty, and I shouldn't. All I was doing was passing it on to my customers, afterall. And maybe it was a good thing I'm home because I just got some news that has thrown me for a loop. Not bad news, just something that is out of the blue that I didn't expect. Something that is throwing off some of my plans for the next month or so. I'm one of those people who process things a bit slow. I need time to adjust. And this feels like a BANG! Like the song says, "Life is what happens while you're busy making other plans"!
Posted by Sadie J at 11:55 AM 1 comment:

(Oh, how I wished I had thought to grab my camera this morning!)
The hubby works at Menard's as a morning stockman. It's a short shift, just 5 to 9 in the morning. About once a month I ride over with him on a Saturday and hit Walmart and a few of the other stores to get the things I can't get here in town. I figure I save us a couple gallons of gas plus I practically have the stores to myself! He debated going into work today because we had freezing rain last night. Our sidewalk and driveway were covered with a thin layer of ice, but that didn't mean that the roads were bad. So we took a chance and headed out. Everything was good until we turned off the highway onto the Outerbelt road that goes straight to Menard's. There are several truckstops off that road and they were flooded with Semis! Went passed Walmart, same thing. Even Menard's driveway was half-full. We could see the Interstate from there and traffic was barely moving. If we had listened to the radio before we left, we probably wouldn't have tried it! I dropped him off and I left to do my thing. The city roads were alright, but the parking lots were another story. The hotels were full. Not just travelers, but also employees of the local businesses. Effingham sits at the crossroads of two Interstates. It is surrounded by little towns like mine that are mainly "bedroom" communities. My town's population is a bit over 2000 and we are one of the bigger "small" towns. The "ice" hit right at 5 p.m., just as people were getting off work. It happened so fast that there were dozens and dozens of wrecks. From what I hear almost every Interstate and Highway in the area was blocked. One woman told my husband it took her 3 hours to get home (less than 20 miles).
Overheard:
Customer: There isn't many people in here this morning.
Cashier: Short on customers, even shorter on help!
I really do prefer snow.
Posted by Sadie J at 10:19 AM 1 comment:

My daughter is leaving today. She's been home for a little over a month. It's always so hard when she goes back. Her flight back to California isn't actually until Wednesday, but she is going to Indiana to spend a few days with her friends over there. Her roommate came here Monday and has spent the week with us and now they will go and spend the last few days with her folks. I wish I could talk them into waiting and leaving tomorrow. There is talk of some nasty weather today and I hate that they will have to drive through it. But they are 22. It's hard to talk 22 year-olds out of their plans! 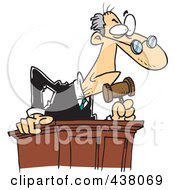 I got a Summons for Jury Duty yesterday. I believe everyone should do Jury Duty once. It's interesting to see how the system works. But this is my 3rd time! Come on--that isn't fair! (I'm feeling a bit picked on.)

SOPA has been shelved! And I believe it is a direct result of Internet Social Networks and Blogs! Dad was a State employee so politics was always a big topic over the dinner table. But State, not so much Federal. I never paid alot of attention to Federal politics--until the last 4 years. Now I follow it closely. And get aggravated. Alot. I think I make my husband a little crazy with it. But my ranting and raving has caused my kids to be aware of what's happening and they pay much more attention then I did at their age. It's a good thing. (And if nothing else, the Republican primaries have made for good entertainment!)
Posted by Sadie J at 4:47 AM 1 comment:

Sadness in the Blogasphere

Heather and Jon Armstrong have separated. I read it this evening at dooce.com. And then at blurbomat.com. And I cried. I was introduced to the world of Blogs by Birdie Jaworski, who was an Avon Lady at the time and blogged about her Avon adventures. Through her I discovered dooce.com and I was hooked. I've followed the Armstrong's as one daughter overcame problems with walking, as they moved--twice, as their business grew, as they added a second puppy and then a second daughter. I've admired Chuck's talent of balance and patience. I've especially admired Heather's ability to find humor in the world she lives in and to share it. To me, she has become a pseudo-celebrity. I talk about her like I know her. So what she and Jon shared with us today made me incredibly sad. None of my friends or co-workers are bloggers. This is a sadness I can't share with them. But I can share it here.
Posted by Sadie J at 7:12 PM 1 comment: 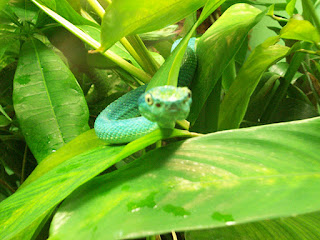 Since my daughter is still home we went to the Zoo last Sunday. It was a little cool, in the low 40s, but clear with no wind. We don't normally go in January--actually I'm not sure we ever have. But it was nice. The crowd was minimal at best. There were more animals out moving around than I expected. And we could actually spend time in some of the buildings without hordes of people. I want to "redo" some of my walls and since I'm not much of a decorator my plan is to take some of our Zoo pictures, blow them up and frame them. I didn't have any reptile photos because the reptile house is always so crowded I can't get close enough to take pictures. This time we were able to take the time to get some good pictures. I want to get my frames out this week and see what sizes I have and how many so I can decide which pictures to use. I have so many good ones now, it's going to be hard to decide!
Posted by Sadie J at 12:40 PM 1 comment:

Now, this is a concert I would go to! Aerosmith was my "first"--Rock band, that is! I've had a thing for Steven Tyler since I was probably 11 or 12 years old. I was staying with my Aunt, and my cousin had Toys in the Attic and Get Your Wings on 8-track. At home my folks listened to Johnny Cash and Tom T. Hall. Aerosmith was a revolution--I was a convert! MTV premiered during my Senior year in High School. Our cable didn't carry it but one of my friend's Grandparents had a satellite and we would spend the weekend at their house and watch it. "Eat It" and "Fat" were popular videos and I became a Weird Al fan! Alice Cooper? I never had any of his albums, but he is an icon. How can any self-respecting student not love him for "School's Out for Summer"?! After seeing Weird Al in concert, I honestly believe the man can sing with any body, any style. How fun it would have been to be in that crowd!
Posted by Sadie J at 6:31 PM 1 comment:

If all goes as planned, we are going to Walt Disney World in December. I'm a bit obsessed with WDW but it literally saved my marriage the first time we went in 2006. My husband had gotten impossible to live with. I didn't know if it was him or his job. My daughter and I planned that trip for 2 years and I had decided if he couldn't go to "The Happiest Place on Earth" and be happy, I was done. I swear, his personality did a total switch-over as soon as we got in the car and headed South. We had a wonderful time! I knew then that the problem was his job and not just him. I've been there twice since then. Somehow, the air smells sweeter there, the sun shines brighter. I'm happy as soon as we get out of the car at the Resort. I almost cry when it's time to head home. So I watch all of the little videos, keep up on additions and improvements, and try to figure out how to stretch our meager budget a couple thousand dollars. With any luck, if the world does end on December 21, we'll be Florida when it happens!
Posted by Sadie J at 12:51 PM 2 comments: