It's A Meme, Meme World! 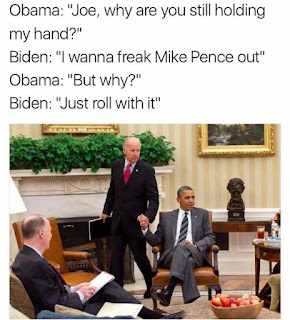 I can't express at all how much I am so loving the Joe and Barak memes that are flying around everywhere. They make me feel so good because I find strength in them. And there is strength behind the laugh, that ability to find the joke, to make whatsit the butt of that joke. It shows that we all took a deep breath and then said "No, we're not sitting quietly with our hands folded on our laps." So kudos to the meme makers--don't ever stop! 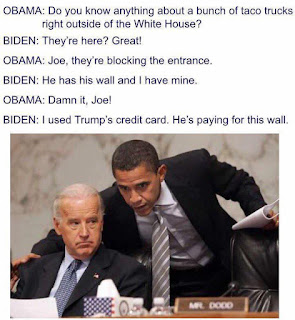 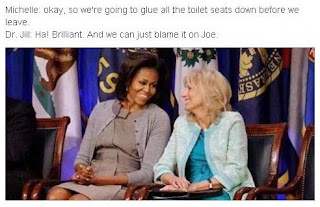 If we had Sainsbury's here, I'd shop there, just because I love their commercials!
Posted by Sadie J at 4:30 AM 2 comments:

I spent way too much of my weekend on Facebook, getting into silent arguments. Funny what people will say when they don't actually have to face you as they say it! But, on the other side, I also had more Private Message chats in the last three days than I probably have had in a year, people that wanted me to know they agreed. It balanced out the negative feelings I was getting, and I became rather amused by the end of it all. Well, except the guy who friended me and then got creepy. But that's a whole other story!

But, the point is, I know this isn't forever. The next few years are going to be difficult, I don't doubt that. But I'm not tucking my head between my knees, I'm not going to stop looking for positive things to fill my life. I'm not going to quit trying. The fight for human rights--all human rights--is an important one. In other words, I'm going to continue being me! If anything, I'm probably going to be more "me" than I ever have. This should be fun!

That said, I want to reach outside my little splot of Earth, where everything's pretty white and the population tends to ignore what is outside their lack of empathy. So, I'm looking through Twitter and Tumblr and finding organizations who are doing real good, and need help doing that. Finances are iffy right now as I help the daughter get on her feet, but hopefully by the start of the new year, she'll have (at least part) of her shit together. I had never heard of Amazon wishlists for LGBTQ Centers, but I think that might be a good place to start. Nyrae Dawn does a blog and she features a different Center each month. I think I'll bookmark her.

Anyone else? What are your plans to keep your sanity?
Posted by Sadie J at 4:47 AM 3 comments: 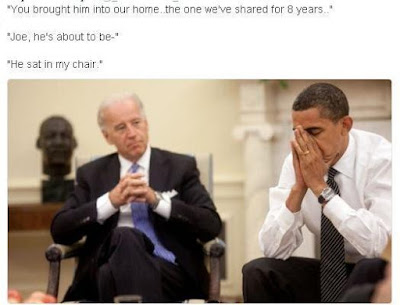 We've had to put up with it from the other side for 8 years. Now it's our turn, and I plan on enjoying it immensely!

I've already had countless arguments on FB with friends and (mainly) family, going so far as unfriending a few. There will be more!

I got rather upset after President Obama was elected by the people who said "he's not my President". I mean, I didn't like Reagan or the Bushs (especially the second one), but I always considered myself an American, and as such, they were my presidents. Well, I get it now. Not my President.

And should he step down, or get impeached (and I fully expect it), the same goes with Pence. The shock is fading and I've reached a zen state after dealing with a few of my more fun relatives. Facebook has definitely demonstrated to me over the last 3 days that yes, we can't pick our relatives, but I've discovered how well I've done picking my friends!
Posted by Sadie J at 6:22 PM 3 comments:

My reaction to this morning's headlines.